And the winners are …

Claire Gates and all her awards! Claire has been a consistent, kind and encouraging younger member of our club 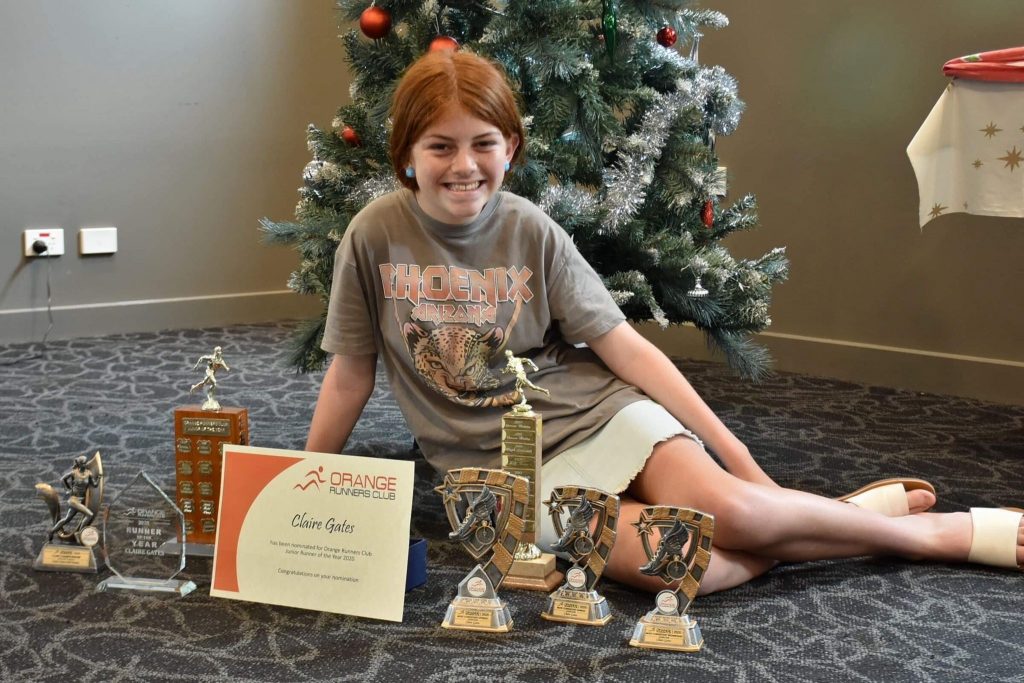 The following awards were presented at the Orange Runners Club Christmas party on the 20th of December 2020.

Runner of the Year: Jack Daintith

Most Improved (Sunday) – Over 55: Steve Wensley

Most Improved (Wednesday) – Over 55: Russell Tym

Anthony Daintith was elevated to life membership of Orange Runners Club in recognition of his long-standing, continuing and exceptional contribution.

Anthony served on the Club’s committee from 2015 to 2020, including two years as Vice President and two years as President. He renewed our website and transformed the representation of our courses on the website.

Anthony has also helped ensure the success of the Orange Running Festival: as assistant Coordinator in 2013 and 2014; doing course design and mapping from 2013 to 2021; as a member of the Running Festival Committee from 2016 to 2020; Race Manager in 2020; and Race Announcer three times. He also set up the festival website.