On Sunday, our local State Member, Mr Andrew Gee and his wife, Tina, attended Runners Club to participate in the barbecue and the official opening of the storage shed. Mr Gee gave a short talk detailing how impressed he was with our club and also outlining the involvement of the State Government. Two Committee members have over the last few months compiled information to support our claim to the State Government Community Building Program. Mr Gee recently advised us that we were successful in our submission and a grant of $5,000 was given to us for the building of the storage shed. On behalf of ORC we extend our sincere gratitude to the State Government and Mr Gee. President Frank Ostini also made a presentation to the shed project manager, Graham Fahy for his contribution.

Before the shed opening Jane Fairgrieve was recognised for completing 900 club runs, a great achievement Jane. Members also enjoyed a relay event at Elephant Park with pairs drawn from the hat. Some interesting pairs were drawn with some family members drawn together and a Parramatta Supporters team that on paper appeared to be the one to watch.

The fastest team was that of Brandon Connolly and Alistair Merrifield completing the 6 laps (3 each) in a quick 22:09. Sophie Martin and Graham Fahy were the quickest when the handicaps were factored in to win by over a minute to Pete Mueller and Abby Dean. Ursula Wilson won the main draw prize of 1 months gym membership at Fitness Perfection.

On a damp and bleak Wednesday night Elephant Park was still home to 50 odd runners and walkers who enjoyed a mass start. Youngster Ricky Bangert flew out of the blocks and held off the fast finishing Mike Cooper to record the fastest time of 11:31 which was about a 50 second Personal Best. Carol Donlan ran 18:10 for the 3 laps to win on handicap. Also marking a milestone Sue Dean was presented with her 200 club run certificate.

The on-line uniform shop is now available. Joel has created a link direct to the suppliers on our website. There is something there for everyone and with the colder weather around the corner it would be a good idea to check out the hoodies.

Memberships for the new financial year are now available. Please arrange completion of your registration form and payment direct to Bill or Jane Fairgrieve as soon as possible. Family membership will be $70.00, Senior $30,00 and Junior $15.00.

The AGM will be held on Thursday 10 April at 6.00 p.m. at Anson Street School. We would like as many people as possible to attend, especially new members as we are sure you have new ideas and suggestions to share. All committee positions will be re-elected, so if you would like to nominate or stand for a position please make sure you attend the meeting. Please bring a plate of food/nibblies for the after meeting meal.

Orange Colour City Running Festival has a several shirts in sizes XL and 2XL available for only $20 if you are interested see Kim or email colourcityrunningfestival@gmail.com

There is no organised club run this weekend due to the Great Volcanic Challenge on Sunday starting at 9am. You can enter on the day, but entries are limited and were filling fast.

Tip of the week. Should you have an injury or medical condition, seek advice from an appropriate medical practitioner before you run. 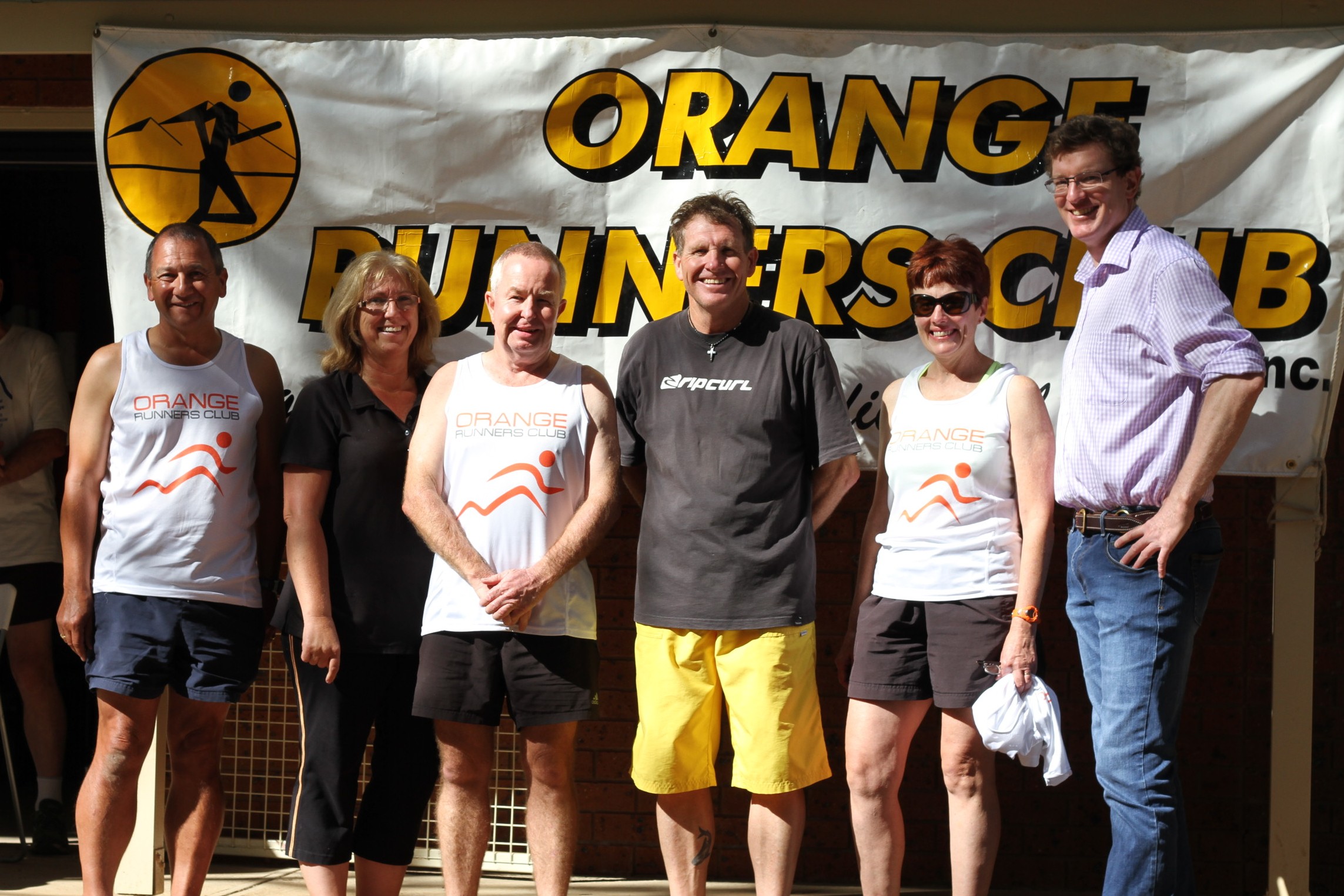