Beautiful conditions greeted a large number of members at the Favell Road run last Sunday morning starting at the historic Byng Church.
Well done to Lucy Jurd on receiving her 75 run achievement medal! Welcome to the Club Connor Bennett, Sam Harma who completed their first runs (and in very good time). Martin Ryan was the handicap winner.
3km
Jocelyn Blair was the ladies winner in a time of 17:25. Kerrie Lindsay wasnt far behind in second place just ahead of Lucy Jurd in third.
Hughie Corcoran (13:14) just edged out Lachie Ross by 2 secs with newcomer Conner Bennett in third (16.13).
5.5km
Well done to Milla Jurd who was the Queen of the hill today finishing first in 34:24. Claire Blair was second 36.16 and the experienced Glenys Rosser in third.
Hadden Bennett smoked the field in the mens in an impressive 23.52. Jack Daintith was second ahead of young Charlie Brown in third (30.48).
8.1km
The improving Kelly Gleeson was first home in the 8.1k in a time of 48.21, followed by Kinisha Roweth who just edged out Belinda McCauley. Well done to Rosemary Elkington who wasnt far behind in fourth in just her second run with the Club.
Hugh Daintith was a clear winner in the mens 42.46. Then it was youth in second with Blake Gleeson 45.55, just ahead of experience in John Betts 47.46.
11.3km
It was quite competitive in the mens long course with Iain McLean 47.39 prevailing over newcomer Sam Harma 49.07 with Anthony Daintith third 50.41. Joel Broadfoot on his birthday was like a machine backing up from a 32k trail run yesterday (looking great for UTA 50). Also well done to Trent Brown for running a great run today.
Obviously running 75km yesterday wasnt enough for Leanne Corcoran who burned up the course in a time of 53.23. Ursula Wilson warmed up for the Canberra Marathon next weekend in 59.16 and Alison “Speedy” Spurway in third.
Well done to everyone who took on and conquered the hill – a great achievement.

Another huge turnout of 90 runners ran around Elephant Park on Wednesday afternoon. Presentations were made to the following members prior to the run – Annabelle Hosie (50), Tilly Thornton (75), Milla Jurd (75) and Daryl Roweth (700). Welcome to the Club, Warwick Blackwell and Jillian Cane. 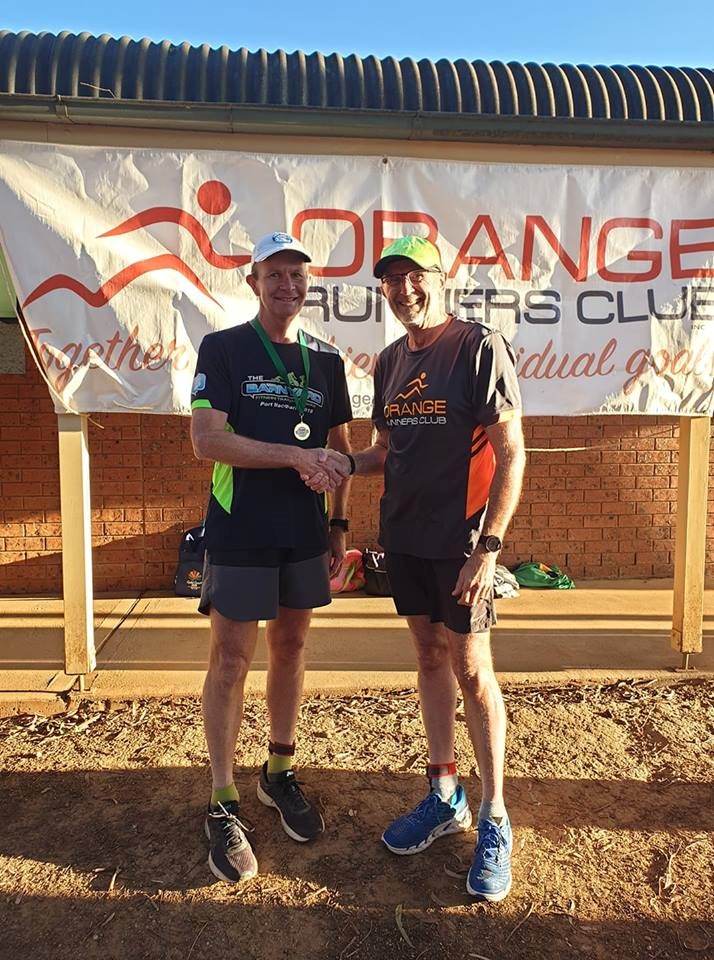