Double the success for the Prestwidge family

After a wet Saturday afternoon and night and the forecast of more of the same for Sunday, numbers were down slightly on what actually turned out to be a reasonable winters morning in Orange on Sunday. Clergate was the venue with the Prestwidge’s leading the way in the 3km run, with dad Glenn (15:46) taking out the 3km run and also winning the overall handicap event. Daughter Caitlin, also won the female 3k with a super time of 16:39. Coming in second to the Prestwidge’s, in their respective run’s were Gary Penrose and Tanya Connolly.

Consistent performer Mark Chapman led the 5km pack home in 20:32, to finish in front of Iain McLean and Anthony Daintith, while Amber Rich (21:46) was a bit too quick for the other ladies with Rachel Craney and Amanda Gregor filling the placings.

Having to do 2 laps of the 5km course for the 10k run didn’t deter some, with Nathan Sutherland powering to a fast 37:13 to finish clear of Joel Kitto and Mike Cooper. In the ladies, Michelle Whiteley was the only one to tackle the long run, completing the journey in 57:47.

Wednesday night at Elephant Park saw a deceptively larger crowd than it initially appeared tackle the 3 laps, with Nathan Sutherland backing up his good Sunday run with a strong 9:47 to finish well clear of the field. Young Abby Dean, from the top Matt and Estelle Dean stable, is really getting the rewards for her efforts lately as she ran a great 13:52 time for her 3 laps and secured the overall win on the night. Also entertaining for those who ran near them at some stage during their run was the Frank Ostini and Kim Jarvis show, as Frank urged Kim to keep pushing. Despite all the strong runs there were no personal bests recorded this week. Maybe some are saving their efforts for one of the upcoming local events

With Mudgee Running Festival (24th Aug), Dubbo Stampede (7th Sept), Edgell Jog (7th Sept), Forbes (12th) October and then Carcoar in November there are many to choose from as well as the Orange Running Festival in the new year. So, if your looking for an event to do, there are plenty to choose from and it doesn’t matter what your fitness level or capability is, all are usually catered for with various distances and allowances for walkers all the way through to Olympians.

Good luck to all members competing this weekend (Mudgee, Canberra Duathlon and Connor Whiteley at National Cross Country in WA).

This weekend the club run is at Bargwanna Road and usually includes 3km, 5km & 10km distances. 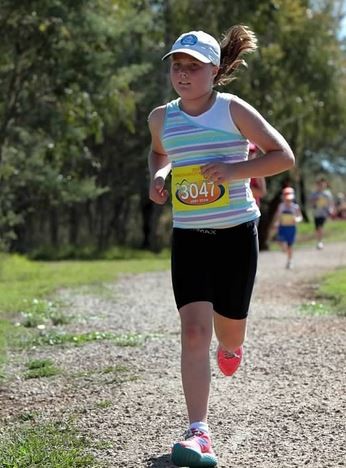